Why Invest in Pampanga? 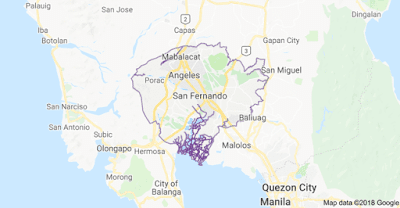 Pampanga is a province in the Philippines. It has rich cultural and historical places to visit, with old churches buried in the lahar still it brings historical account of how people live in the Spanish colonial periods. Holy Angel University, among the top universities in Central Luzon has established the Juan G. Nepomuceno Center for Kapampangan Studies as a resource of education in the rich history, culture and the dialect of most people living here, Pampango.

Pampanga is in the crossroads of Asia, It has become a major hotspot of investment and infrastructure development with it growing population and market. Pampanga has put it sights as another destination for Metro Manila resident to move out and live with its close proximity to the National Capital Region which is just an hour ride away via North Luzon Expressway.
A lot of major companies and business have move to Pampanga and have invested inside the major special economic zones in this province in which its job creation of movement of businesses to this region improved the lives of the people in which people prosper in their living condition and at the same time springboard the local economy to be competitive with other places. Offices of regional and national offices and agency are located as satellite branches in City of San Fernando, Clark Freeport and Angeles City in order to serve the needs of the people in Central Luzon.
Currently, Pampanga is catching up with the rest and has become almost at par with Metro Manila standard of living at a much lower in terms of commodity of prices. Population is rapidly growing and that the Metro Manila is slowly decongesting in order to attain a livable place. Economic growth of the province should least coincide with the population growth.
Source: www.pampangarealestatetv.net Date: 10 March 2010
Copyright 2004 - 2019 C. F. Baluyut Realty | Real Estate in Pampanga, Philippines. All Rights Reserved.
on March 10, 2010