Alvierra: The next Nuvali is in Porac

“Where people, nature, and economy thrive”

The acquired property will be developed into a 1,000 hectares mixed used residential and commercial estate in this peaceful agricultural town of Porac. The concept of this master planned township type community is very similar to Nuvali, a development in the province of Laguna which is within the three suburban area and towns of Sta. Rosa, Calamba and Bińan. Alvierra is located within the environs and confines of Hacienda Dolores, a barrio in this side of town. 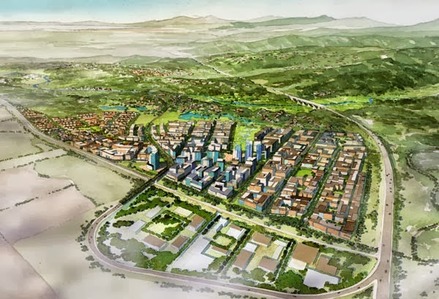 An artist rendition of Alvierra, An Ayala Land Inc project in Porac, Pampanga.

The town of Porac is a first class municipality in Pampanga in which the agriculture and sand quarrying are the main sources of revenue and income of the local government units and other businesses. The location of the Hacienda Dolores is a mix of hills, valleys and plains relatively quiet with ambient view of the Zambales and Bataan’s mountainous region in the west and Mt Arayat in the east. A majority of the land is still undeveloped with relatively rough terrain with natural pathways along the forested areas before. The area was once a hunting grounds of the indigineous or local Aeta tribe living in the hinterlands of the valleys and hills within the area.
Road Networks available

Alvierra  is along SCTex access road, the road that connects APFD Road to SCTEx Porac exit. With this location, it is strategically positioned for residents to have a choice of access either through using the SCTEx or Angeles Porac Floridablanca Dinalupihan (AFPD) road. 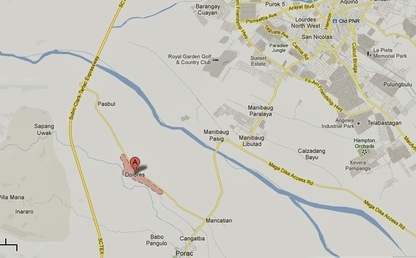 Outdoor Sporting Activity Launched
Ayala Land Inc. recently held an activity called “EXPLORAC”. It is a mix of trail running and biking adventure in the area. The biking route map revolves around the AyalaLand-Porac property and its environs. ALI is establishing first a unique outdoor activity that will strongly identify their big-ticket project here. They are also marketing an active lifestyle in communion with nature, and not just churning out one bland development after another. AyalaLand set to float P 6 Billion bond for its projects

According to the news from Business Mirror, about P4 billion will be used to jumpstart several township projects such as Vertis North in Quezon City, Arca South or the former Food Terminal Inc. property in Taguig, Alvierra in Pampanga and Altaraza in Bulacan. This way it could infuse capital in carrying out the development of these project including Alvierra in Porac, Pampanga.

It seems progress and booming economy of this town will lead to prosperity among the local folks. Pampanga is in the sights of investors. It is in the “W” growth corridor as envisioned by our former President Gloria Macapagal-Arroyo. ALI will have a good mix of its residential product brands from ALP, Alveo, Avida, Amaia and even Bella Vista to reach out to different economic markets and further enhance the potential of Alvierra as yet another sustainable township.

C. F. Baluyut Realty is an accredited broker of Ayala Land Inc projects including its subsidiaries Alveo Land Corp, Avida Land Corp, Amaia Land Corp and Bella Vita Land Corp. for more information on the The Greenways at Alviera visit our website at www.cfbaluyutrealty.com or contact us at (0928) 504-6781 (Smart / Viber).