During the 17th Congress in 2017, House Bill No. 5240 was formulated from other house bills with the title "National Land Use Act of The Philippines: An Act of Instituting A National Land Use Plan and Management Policy".

Its provisions and policies are incorporated on the said bill however, there is no Implementing Rules and Regulation (IRR) yet created because it is still in the process of becoming a law as reach its final reading by our country's legislative bodies  (congress and senate). How come it did not gain  traction since the past three years under President Rodrigo Duterte and previously by the former President Benigno Aquino. Jr or other past administrations.

Have you wondered why most towns and cities have land use plans? 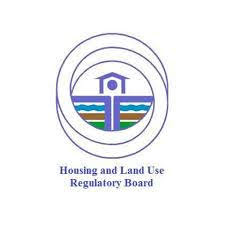 The creation of CLUPs is ensure the rational land use of sustainable urban and regional development. This means land use for conversion or reclassification should be done properly with the scarcity of land in our country for agriculture, housing and others. Land Use Planning is imperative because of the scarcity of land and at the same time balance among competing and sometimes contradictory use.

There are laws pertaining to creation of CLUPs are as listed below taken from Housing and Land Use Regulatory Board (HLURB):

Right now, HLURB is the lead agency that spearheads the tasks of creating CLUPs for town, cities and provinces. However, the Department of Housing and Settlements will soon become the main government agency task to administer, manage and oversee the soon to be affiliated agency under one umbrella.

With the recent implementation of or Republic Act No. 11203 also known as the Rice Tariffication Law (which will be discussed on another article in a later date), the farming sector were affected with this law as farm gate prices cost around 7 to 11 pesos while the cost of purchasing farming materials could reach at 15 pesos and up. The market cost for consumers are at P 35.00 to P 40.00 per kilo or may be higher (imported and local harvested rice) and National Food Authority (NFA) rice at P 27.00 per kilo as of this writing.

These disenfranchised farmers are complaining of the very low prices that they are no longer interested in farming either opting to move into animal husbandry, aquaculture or selling the land to land developers instead which threatens the agricultural sector in food production relying mostly on imports.

Why was the previous bills weren't receiving foothold?

There were previous bills created by the previous senate and congress where pre-occupied with different priorities by these lawmakers. Senator Juan Miguel Zubiri passed Senate Bill 1522 in 2017 in order to give credence for the new bill of our country on national land use act (NLUA) that would benefit Filipinos. However, there were speculations coming from lobbying groups allied to the  anti-NLUA movement because of the loss of the estates on the landed owner (the wealthy few) with purportedly links and influences with local to high level government officials and politicians which is questionable for many?

There are a lot of issues to be addressed from the food sector particular agriculture and aquaculture sectors which are tremendously affected with these laws. One can see the social impact to farmers and fishermen who are loosing their lands and livelihood from illegal land conversion, over-fishing due to intrusion of foreign powers in our seas.

Ethical and moral use in land development and conversion should be strictly implemented with appropriate yet realistic guidelines that could ensure future Filipinos on this matter. Anti-graft and corruption measures in the government should also be strictly implemented and that violators should be dealt with harsher penalties against erring and corrupt government officials.

This in turn would be ideal that would soon be finalized reading on the national land use act as stated by President Duterte on his State of the Nation (SONA) addressed back in July 2019 and in the previous two SONAs declaring the need of a National Land Use Act. The National Economic Development Authority - National Board Land Use Committee (NEDA-NBLUC) recently called for the passage of the law.

We should act now in helping the passage of law in ensuring ecological integrity, clean and healthy environment as well as building a safe and secure communities. This in turn with help the future generations in cultivating the land.

What's Up: Pampanga in the Forefront of Growth in Central Luzon and Beyond
Urbes Orientem: The Rise of Township Development in Pampanga