Things To Do in Pampanga: Explore Our Province Up North 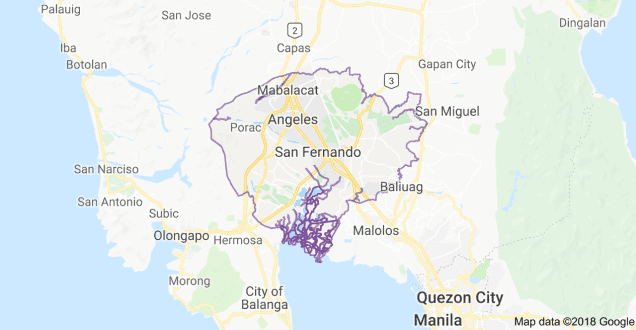 It's 2020 now. Are you having thoughts driving up north yet? Try something new for a change?


I have these questions during my childhood and adult years what with my home province? There is not much to go around to these place which is almost an hour ride via North Luzon Expressway. Back then, Pampanga is much of a sleepy agricultural yet historical province that has transformed into a combination of agro-industrial, commercial and residential enclaves with recent infrastructure developments happening around early 2000s attributed to former President Gloria Macapagal Arroyo's initiative of a "W Growth Corridor of Central Luzon Development Plan" after the recovery of the province  from the Mt. Pinatubo's eruption a decade after.

Pampanga went a long way and survived, thrived and flourished in many ways after many tragedies. The Kapampangans had their resolve and resilience in their hearts and minds during the hard times of the onslaught of the lahar flow that affected and displaced thousands of families in early 1990s.

As The Culinary Capital of The Philippines

It is known for its exquisite food and culinary prowess of its people with notable chefs hailing from Pampanga like Mrs. Lilian Borromeo of Mexico, Pampanga who have showcased her knowledge of Kapampangan cuisine at her residence. She was also a mainstay with major networks particularly GMA Network which were feature countless times on television. Chef Sau Del Rosario of Cafe Fleur was selected as one of the managers in the preparation of food for the athletes and official in recently concluded Southeast Asian Games held in New Clark City, Capas, Tarlac a few weeks. Sports  officials from the Malaysia contingent where complaining of the great food that they enjoyed and they may not perform well if they have overeaten. Filipinos particularly gladly appreciated the complement given by these officials because of our hospitality and the love of food.

Shopping Capital Of The North

Pampanga has become shopping capital of the north. There are a total of 9 major shopping malls located in the entire province alone. City of San Fernando alone has four big shopping malls in the city alone and are mostly operated by SM Property Holdings / SM Development Corporation for almost two decades since its the operation of SM City Pampanga in November 2000. There are also shopping complexes located around Brgy Dau, Mabalacat City, Pampanga for those looking for something unique and special. For those with sweet tooth and love local pastries there is a one town one product shops around the city.


There are several historical and heritage sites located in the cities of Angeles and San Fernando including the towns of Bacolor, Mexico, Lubao, Guagua and many more that showcase old houses from the turn of the 19th century to 21st centuries that are still standing and resided by younger generation that give awe to some who are inclined in knowing the history of these cities and towns.

The City of San Fernando has a number of historical sites from the residences of local heroes involved in the Philippine revolution of 1898 to Japanese occupation during the Second World War. A few of these are located at the heritage district of the city from the San Fernando Train Station  where American and Filipino POWs where transferred after a long and arduous long march from Mariveles, Bataan to San Fernando, Pampanga and later transported via train cars to Camp O' Donnell in Capas, Tarlac. The San Fernando Train Museum although a non-functioning facility by PNR was renovated and transformed into a local museum in late 2000s.

Clark Museum inside Clark Freeport Zone also has a number of interesting things to see inside this former U.S. military base complex turned into a mixed-use commercial / business district in the province Pampanga which generally generated jobs for the people living in Central Luzon.

Hall of Fame Awardee, The Most Awarded Local Government Units

City of San Fernando has garnered numerous awards in different category. In total, it has received 16 different awards. The most recent award was the 2014 wherein it received "The Most Business Friendly City Award" for the second time since 2011 awarded by Philippine Chamber of Commerce and Industry.

Angeles City was the first city to garner the Philippine Heritage Award in 2018 and was cited by the National Commission for Culture and the Arts (NCCA) under the Heritage Programs Support category “for its extraordinary commitment and active involvement of organizations, local government unit, or corporation in supporting the heritage programs” of the city.

It is notable that regional government centers,  business establishments and hubs were built here in Pampanga particularly located in City of San Fernando which is the heart of Central Luzon and the seat of the capital of Pampanga. Clark Freeport Zone has seen tremendous growth in the Business Process Outsourcing and Manufacturing which are located inside the zone together with the other PEZA accredited compounds in Bacolor, Angeles City and Mabalacat City. Other major towns located in the tri-cities boundaries particularly Mexico, Porac and Magalang are becoming suburban areas or residences for middle income to very affordable segment of incomed workers employed in Clark Freeport Zone and other companies in the cities nearby.

All Year Round Festivities in Pampanga

In the local event scenery, there are numerous places, events or festivals to visit, experience and see around Pampanga from Ibon-Ebon Festival in Candaba during late February, Tugak Festival in San Fernando in December, Lubao International Balloon & Music Festival in Lubao, Pampanga during early to mid-March to early April, San Fernando Giant Christmas Lantern (Ligligan Parul) Parade and Festival during Christmas season, Duman Festival - November or December in the town of Sta. Rita and Sinukwan Festival in San Fernando just to name a few. This showcase how wonderful the people of this province celebrate special days in their locality.

Make Pampanga among one of your bucket list this 2020 and enjoy the best our province can offer.


What's Up: Pampanga in the Forefront of Growth in Central Luzon and Beyond
What's Up: Makati in the North; BE PART in the Making!